Got up this morning to a humid day with high expectations. Riding new roads is always a treat and we were taking in two today. I might have ridden them in the past but it had been so long I had forgotten.

We took off early trying to avoid the weekend traffic. It was not to be. We pulled onto MO 76 behind two cars and three slower bikes. This was not the start we were looking for.

It got better and the traffic slowly gave way. What a nice curvy road. The rolling hills were a lot of fun. Jamie even wanted to throw her hands in the air as if she was on a roller coaster, A few times.

We boarded the Bull Shoals ferry and made our way back to Arkansas. We rode 14,74,123 all the cool stuff.

Jamie and I were in a groove today on the bike. She was moving around, shifting weight into each corner. Herman said it looked orchestrated. We were smooth and really fast. I love that my wife loves riding in a spirited fashion. Fun stuff.

We stopped at the cliff house on 7 and saw a beautiful Ducati Panigale. WOW! What a fantastic machine.

We finished the day with a nice cold beer and a burger.

We did get scolded by a Arkansas redneck who did not like the fact that we passed him. Jamie and I were stopped waiting for the guys, when he pulled up and said we were reckless and were going to kill ourselves. I thanked him for his concern, he called me a dumbass and took off. I loved the fact that he took the time out of his busy schedule to warn us of our bad deeds…

The trip has been awesome. It is back to Dallas in the morning. Could be a hot day. 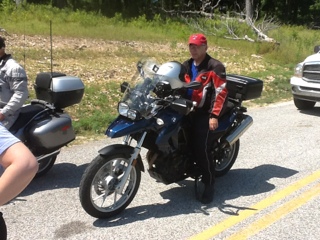 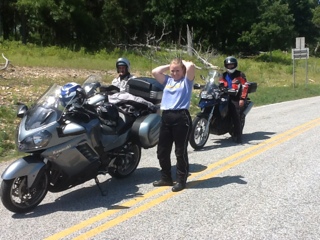 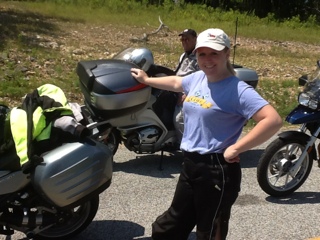 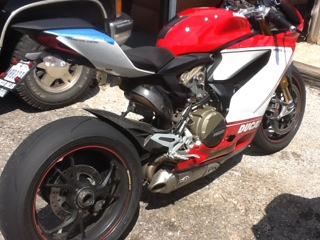 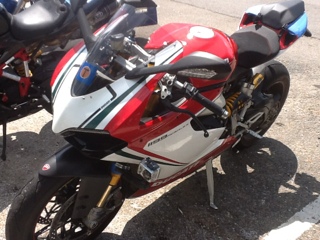 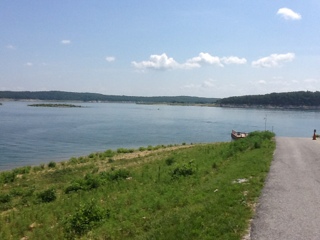